Eventually, many of us get to point where 500 degrees just won’t cut it. After years of making sub par pizzas in a conventional oven, I finally decided to build a wood fire pizza oven in my backyard. Looking at the options, a brick oven seemed too expensive and a metal oven seemed too time consuming, so I went with the material that was used to build the world’s first ovens, mud.Though similar in materials and design from ovens built 300 years ago, unlike the ancients, I had the advantage of 3D modeling! Using Rhino to determine dimensions and Energy Plus to model heat flow though the envelope, I settled on a basic 20" inner-diameter hemisphere. 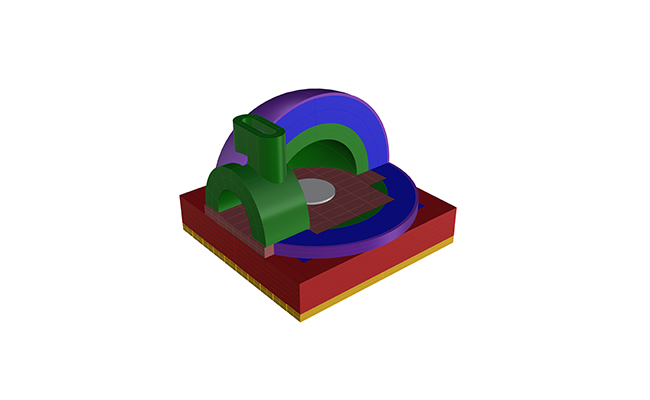 Unlike similar designs, This oven is relies less on mass and more on insulation. Thermal modeling showed that with this strategy, I'd be able to reach my desired temperature (800 degrees) faster and keep the total size of then oven to a minimum. The 5 inch insulation layer is a mixture of perlite and wet mud - about R 2.5/inch, achieving a whole oven R-value of 13, the same as a code minimum wall! 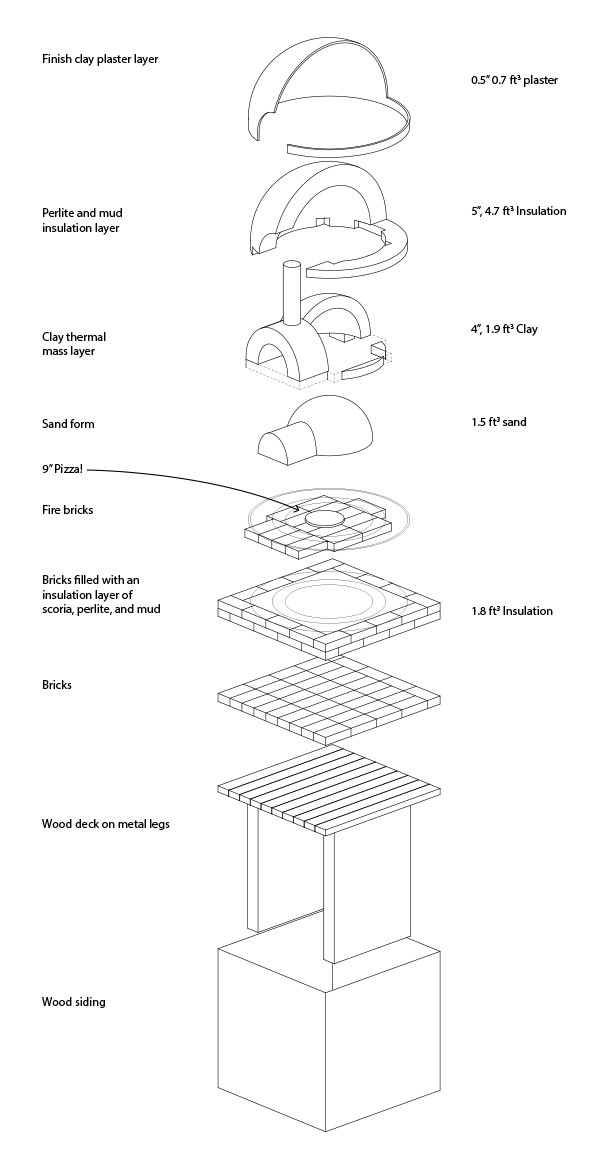 Rhino allowed for easy material takeoffs and after building a base and gathering materials, it was like to start building!

We built a sand form, mixed the thermal mass concoction of soil, sand, and fire clay and then applied a 4 inch layer over the form.

A few days later, after the mud had dried, we removed the sand and fired the oven. 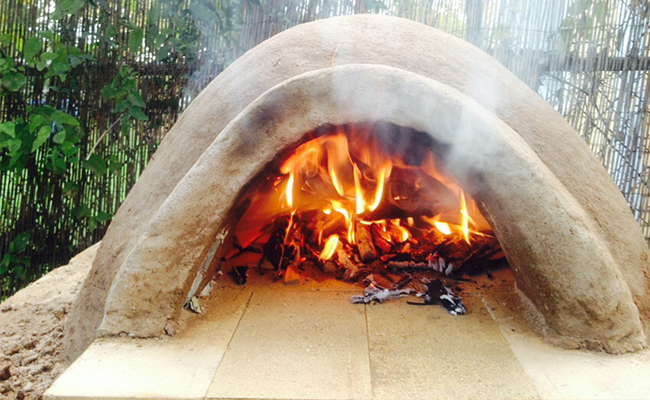 Next came the insulation layer and then using a cordless drill, we added a chimney. 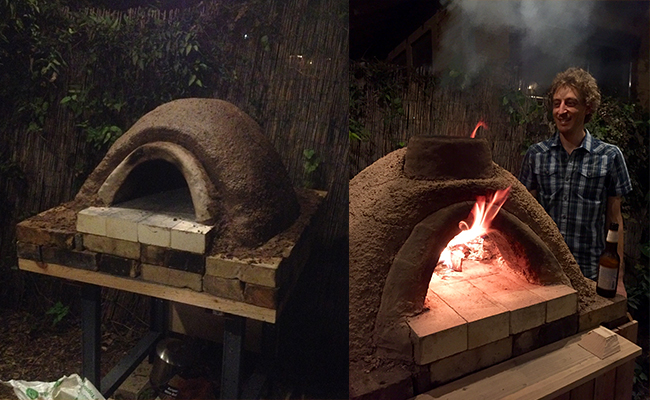 It takes about 90 minutes to reach pizza cooking temperature, but when all interior surfaces reach 800 degrees (verified with a radiant thermometer)  it takes only 90 seconds to make a pizza!