A group of Lake|Flatonians traveled to Orlando, Florida recently to participate in this year’s AIA Conference on Architecture. This year’s theme was “Anticipate” – what it means to anticipate need and change in architecture and design. The profession has encountered challenges around climate change, diversity, and social consciousness in recent history, so it was interesting to overlay those discussions with the conference theme. Perhaps the most anticipated conference event was Michelle Obama in her first public appearance since leaving the White House in January. Her keynote speech was delayed by several minutes due to a postponed flight, and you could sense an almost electric fervor in the audience as everyone eagerly waited for her arrival. 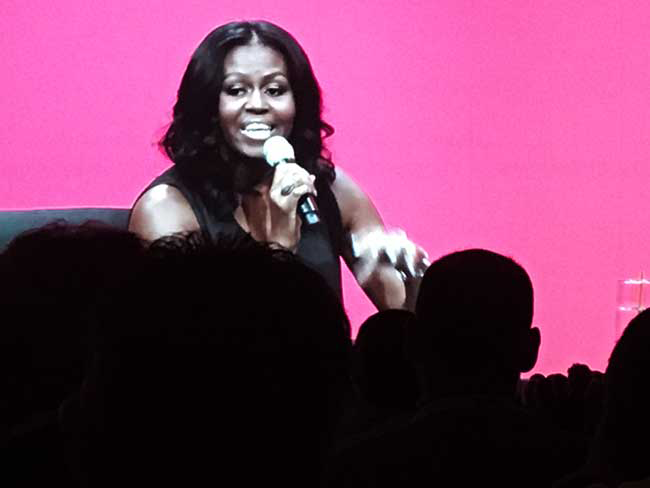 Michelle Obama gave the keynote address.
She delivered an inspiring talk on diversity and equity issues in architectural practice, including calls to action for architects to mentor children in our efforts to raise the next, more diverse generation of the profession and for women to use their own leverage points to fight for other women who don’t have leverage. Michelle Obama also talked about her family’s adjustment to civilian life, and how their new home compares to the White House.  She named operable windows as her family’s favorite thing about their new house!  Her daughters were not allowed to open their windows at the White House due to safety and security issues, so they are reveling in their newfound permission to throw their windows wide open.  What a powerful testimony for passive, biophilic design! We enjoyed celebrating Letty Maytum Stacy’s well-deserved AIA Architecture Firm Award, the highest honor that the Institute gives to a firm each year.  We have long admired LMS’s focus on building performance and social inclusion, and their award recognition speech on “dignity” was a wonderful tribute to their practice. 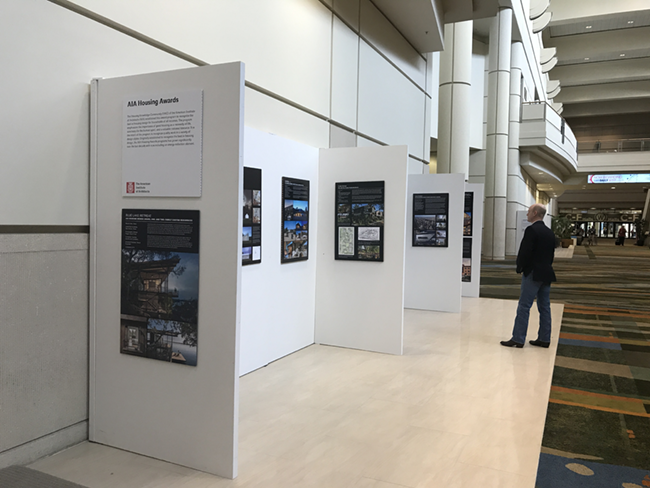 AIA exhibited boards featuring recognized projects from various awards programs.
The COTE reception was a richly deserved celebration of this year’s COTE Top 10 projects, including the COTE Top 10 for Students winners.  I am so impressed by The University of Texas at San Antonio, which had a winning submission for the second consecutive year in the Students program. I also participated in the COTE Forum, a working session to develop ideas around advocating for sustainable outcomes in addition to pushing the envelope on sustainable design. 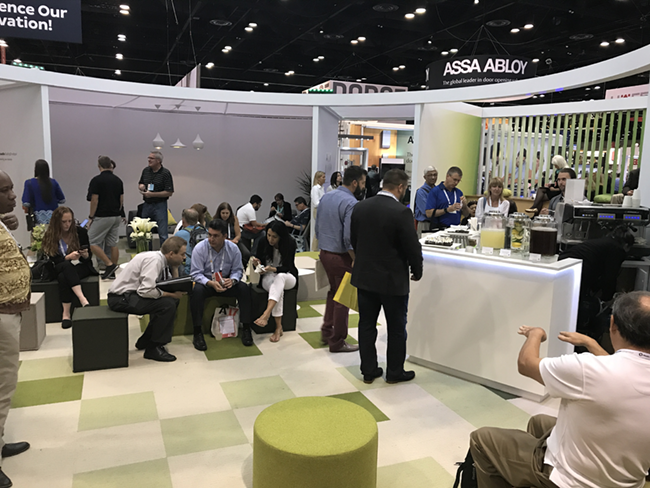 Scenes from the AIA National Convention EXPO floor.
I had the honor of speaking on a few panels focused on sustainability, for Architect Magazine’s  Architect Live, on the AIA’s recently released Habits of High-Performance Firms report, and on leveraging data for the 2030 Commitment.  The audiences for each panel seemed encouraged by the continued growth of 2030 Commitment reporting and AIA’s recently released climate change position statement. 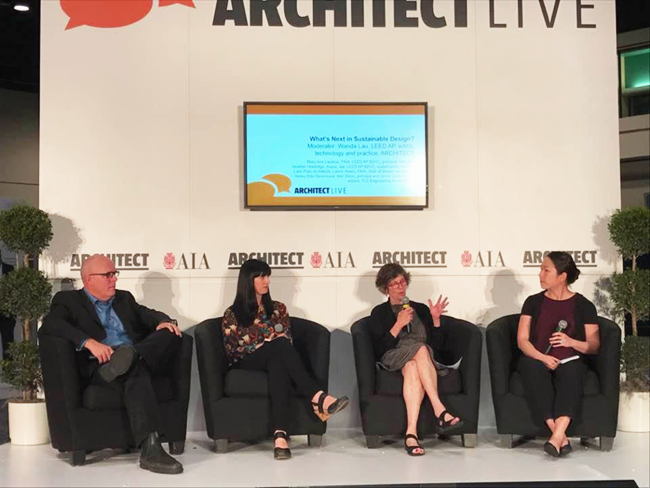 I participated in a panel discussion hosted by ARCHITECT Magazine's ARCHITECT Live.
We also celebrated Blue Lake Retreat’s recognition in this year’s AIA Housing Awards program! We are thrilled to have our work included in this esteemed program for the best in housing design, promoting the importance of good housing as a necessity of life. 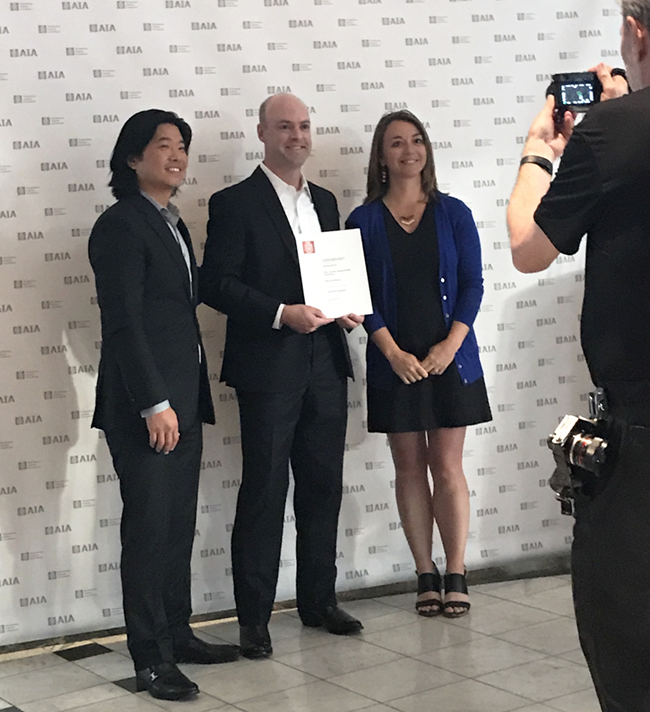 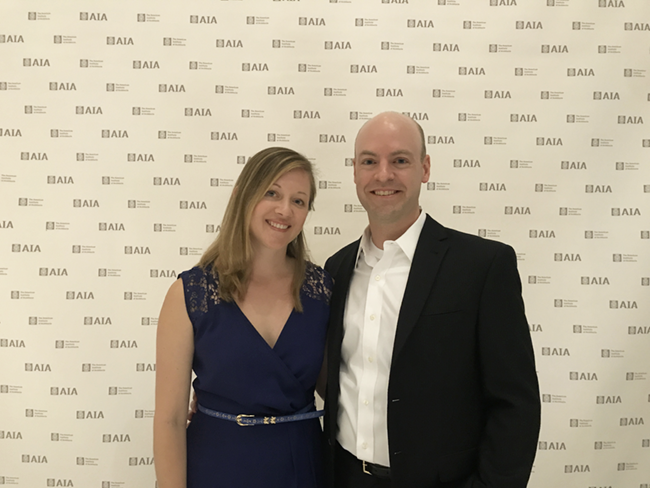 Hillary Whites (Photoshoot Manager) & Gus Starkey (Project Manager) at the AIA Housing Award celebration for Blue Lake Retreat.
There is so much to celebrate.  AIA has demonstrated a renewed interest in sustainability’s triple bottom line of environment, equity, and economics, and Lake|Flato is proud to be an active participant in it.
Tweet
Go Back