In honor of Lake Flato’s thirtieth anniversary, the Thirty Projects x Thirty Years series has been developed to explore and celebrate the firm’s history and culture of design. Published bi-weekly, the series will highlight one project per year, starting in 1984 and ending in 2014.  The projects that have been selected will give you a snapshot of the firm’s evolution as well as provide a fun and insightful collection on then and now, and ultimately, who we are today.

The year was 1995! While the movie Braveheart was taking home an Oscar, Pixar was revolutionizing the future of film-making; Toy Story becomes the first full-length, all-digital movie, changing the world of animation forever. Steve Young throws a Super Bowl-record six touchdown passes leading the 49ers to victory. The infamous quote, "No soup for you!" from Seinfeld's Soup Nazi episode becomes David Lake's favorite saying around the office and Robert Trinidad asked Santa for the Barbie and Ken Star Trek gift set that year. Fascinating.

At the time we undertook the design of the Burlington Northern Santa Fe (BNSF) Railroad Headquarters, it was bigger than every other project in the office…combined…in total for the office’s entire history! 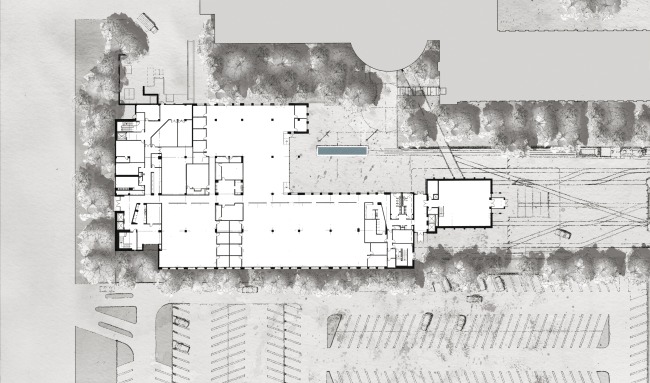 When we were contracted to work on the design, the project was already under construction – talk about a fast track! Jerry Grinstein, BNSF’s CEO, was looking to redirect the building’s design to relate more to the BNSF’s storied railroading history and to connect to its place, the rolling prairie north of Fort Worth. With bulldozers moving football fields of dirt on site while we designed, we had to quickly generate some compelling ideas that were implementable during the abbreviated timetable. First came the site. We saw the low-slung buildings as being inextricably linked with the tall grass prairie and tree-lined creek systems that run like ribbons in that part of Texas. Thus the site design evolved as one of interlaced greenswards of grasses, undulating tree canopies, and solid buildings. The spaces created by the intersection of these elements became the greens, plazas, and tree motts that created outdoor gathering and work spaces. 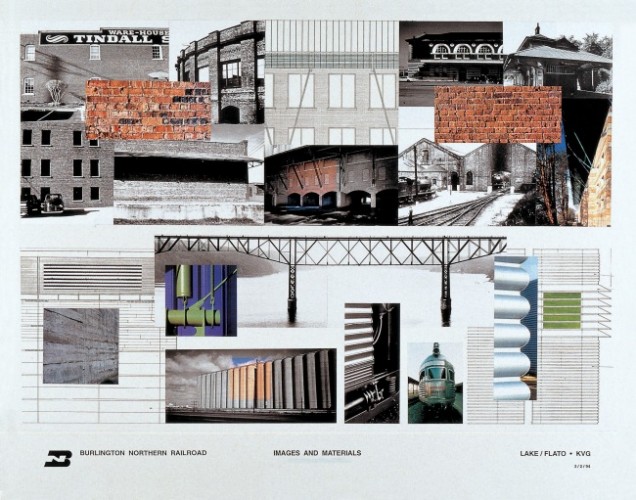 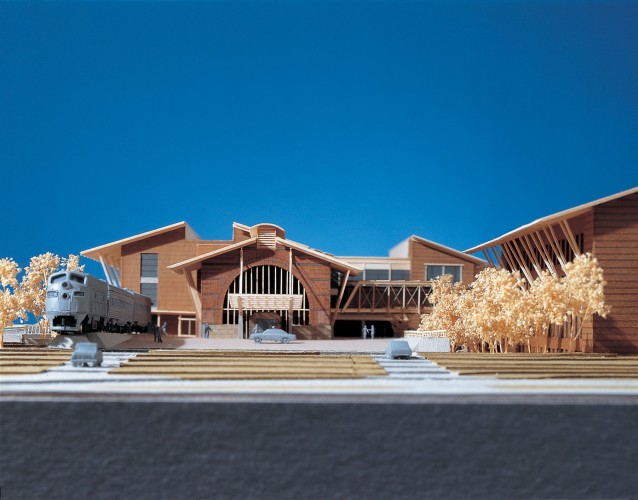 And the buildings had to be solid, being right in ‘Tornado Alley’! Simultaneously, they wanted to be rooted to Fort Worth and speak of railroading. Just minutes away, and fully visible from our site, the massive grain silos of Saginaw towered, ocean liners on the plains. From them we drew inspiration for the reinforced concrete walls of the Command Center, BNSF’s ‘Mission Control’ for all their trains in the US. Back in Fort Worth, we fell in love with the gritty, spotted bricks of that city’s numerous warehouses. These bricks reminded us of the masonry tradition on the great train stations and simple depots that dotted BNSF’s lines. And for the steel we looked to BNSF’s trains themselves, from the colorful and thick locomotives to the sleek stainless steel Zephyrs designed by Raymond Loewy. 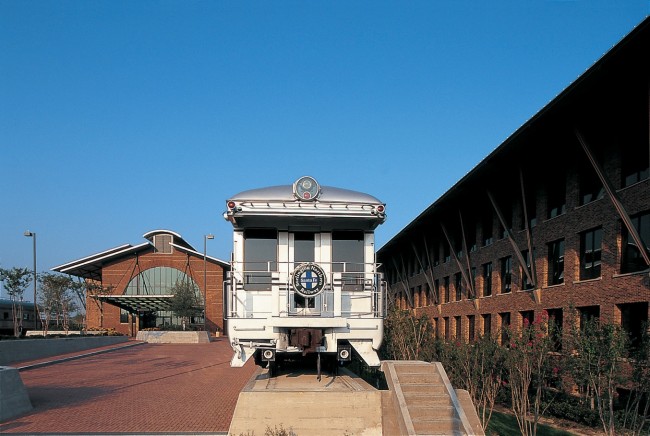 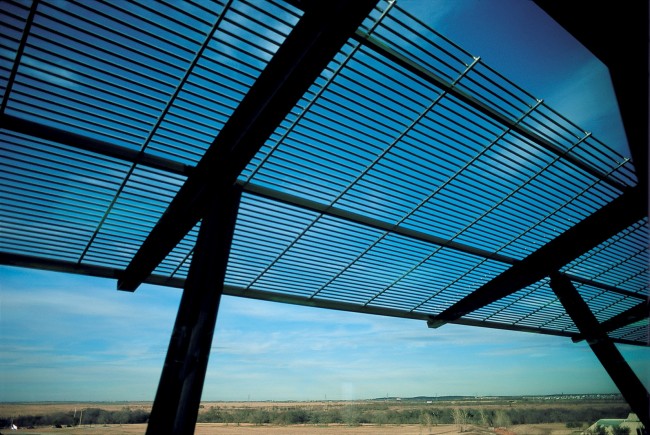 BNSF’s headquarters was designed years before LEED would become the commercial building measuring stick for sustainability. But it was staunchly in the camp of early Lake|Flato projects that employed many simple, passive strategies. Somewhat on a lark we suggested to BNSF they ought to bring in some of that stainless steel rolling stock, place it at the front of the campus, and turn it into conference rooms and overnight accommodations. They did! They retrofitted two Zephyr cars and placed them on concrete haunches we designed at the front door, making a more visceral connection to their history than we almost might have hoped to achieve. 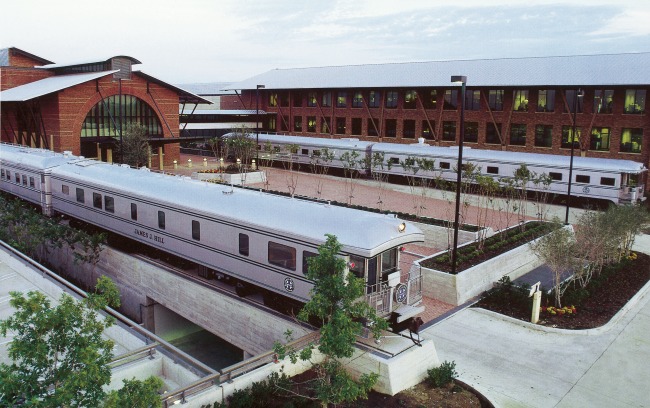 Years later, BNSF’s title of ‘biggest’ Lake|Flato project would be usurped by the new arena in San Antonio for the San Antonio Spurs. But for the better part of a decade, it’s success helped other clients believe that Lake|Flato could step up in scale and design memorable, and meaningful large projects.