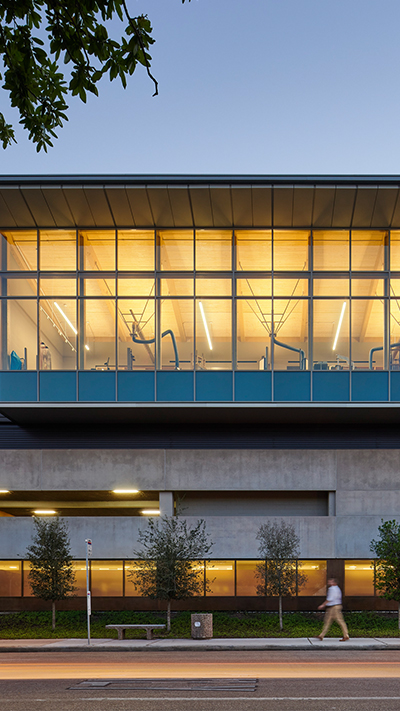 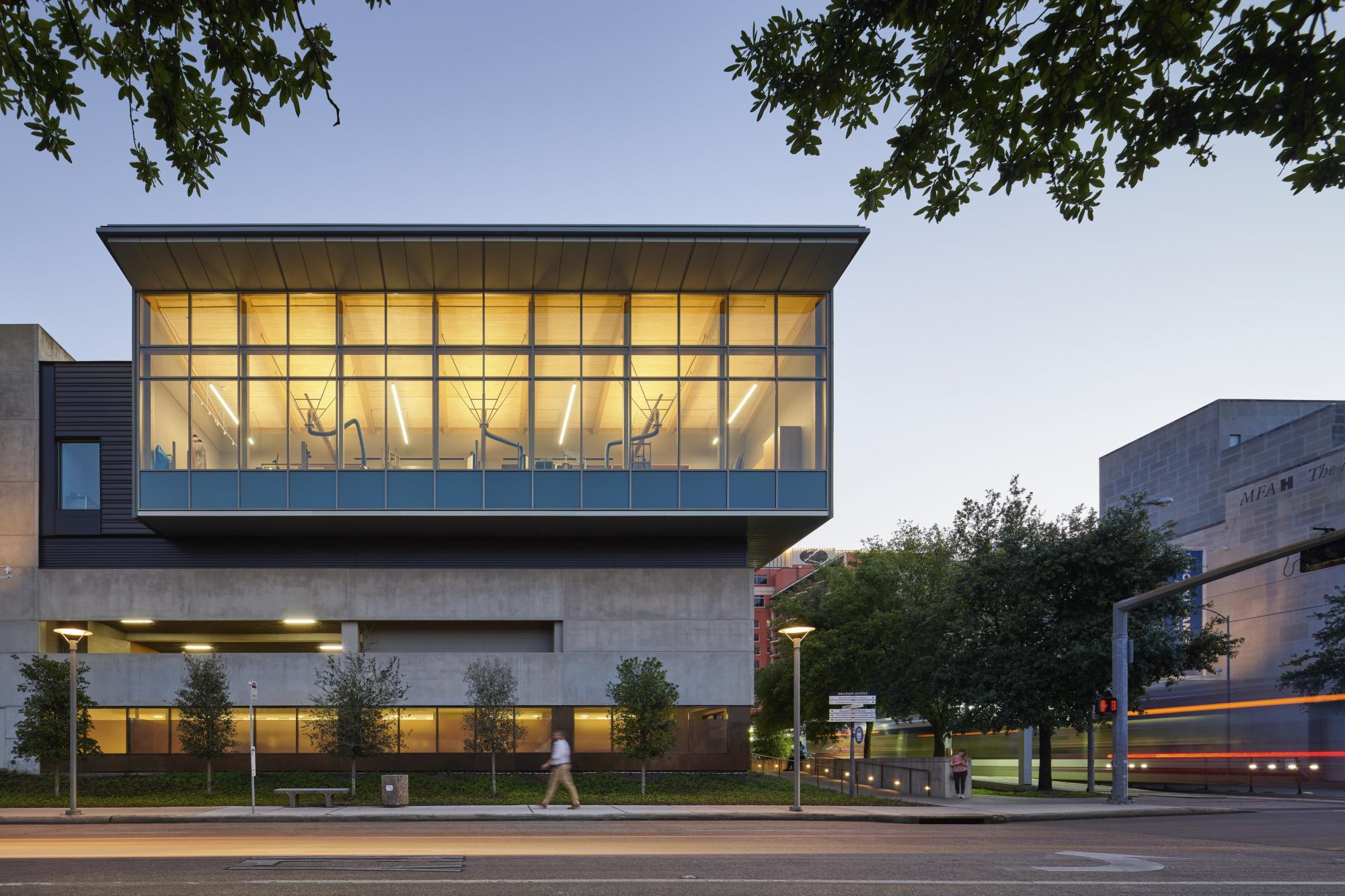 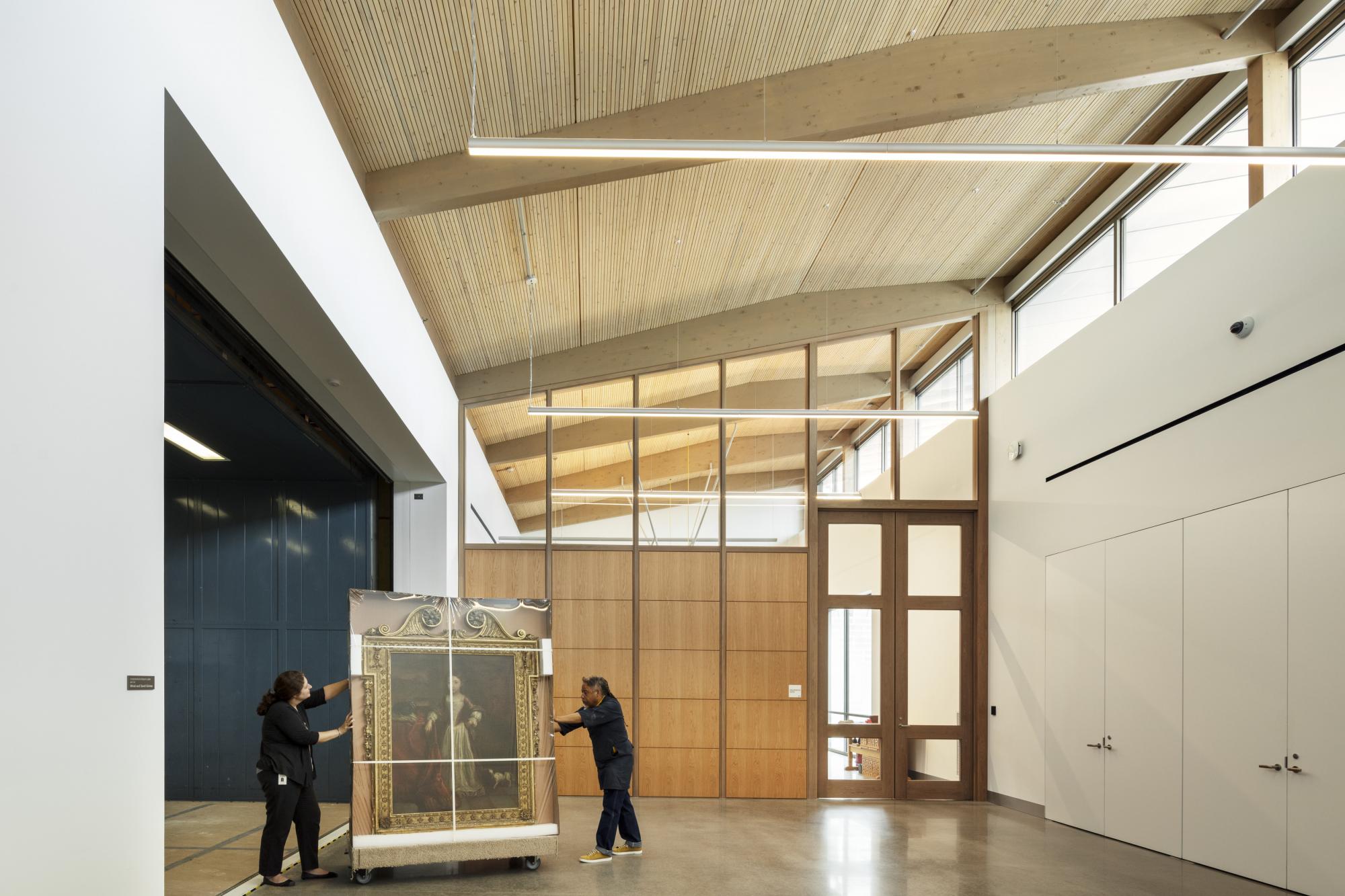 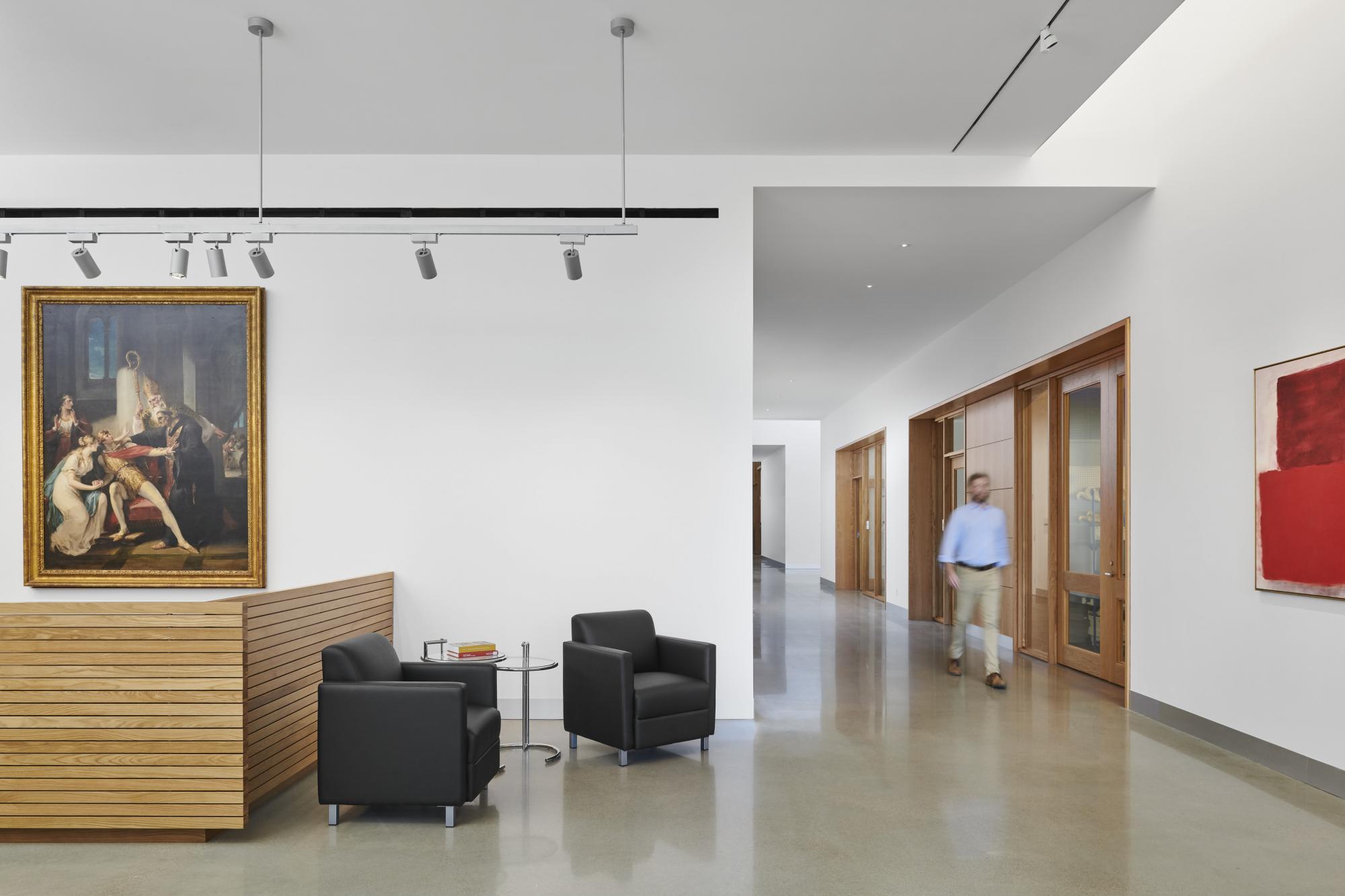 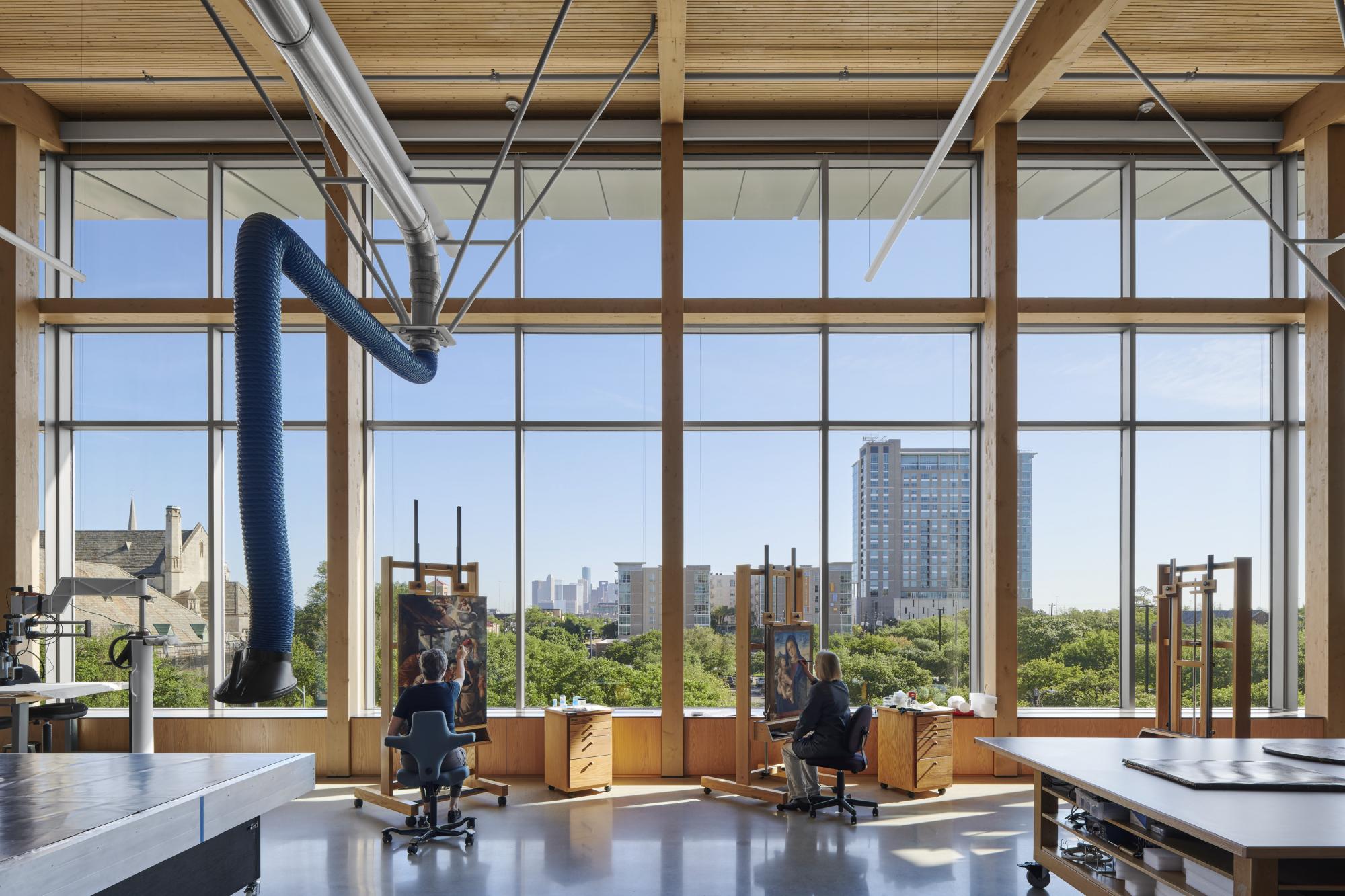 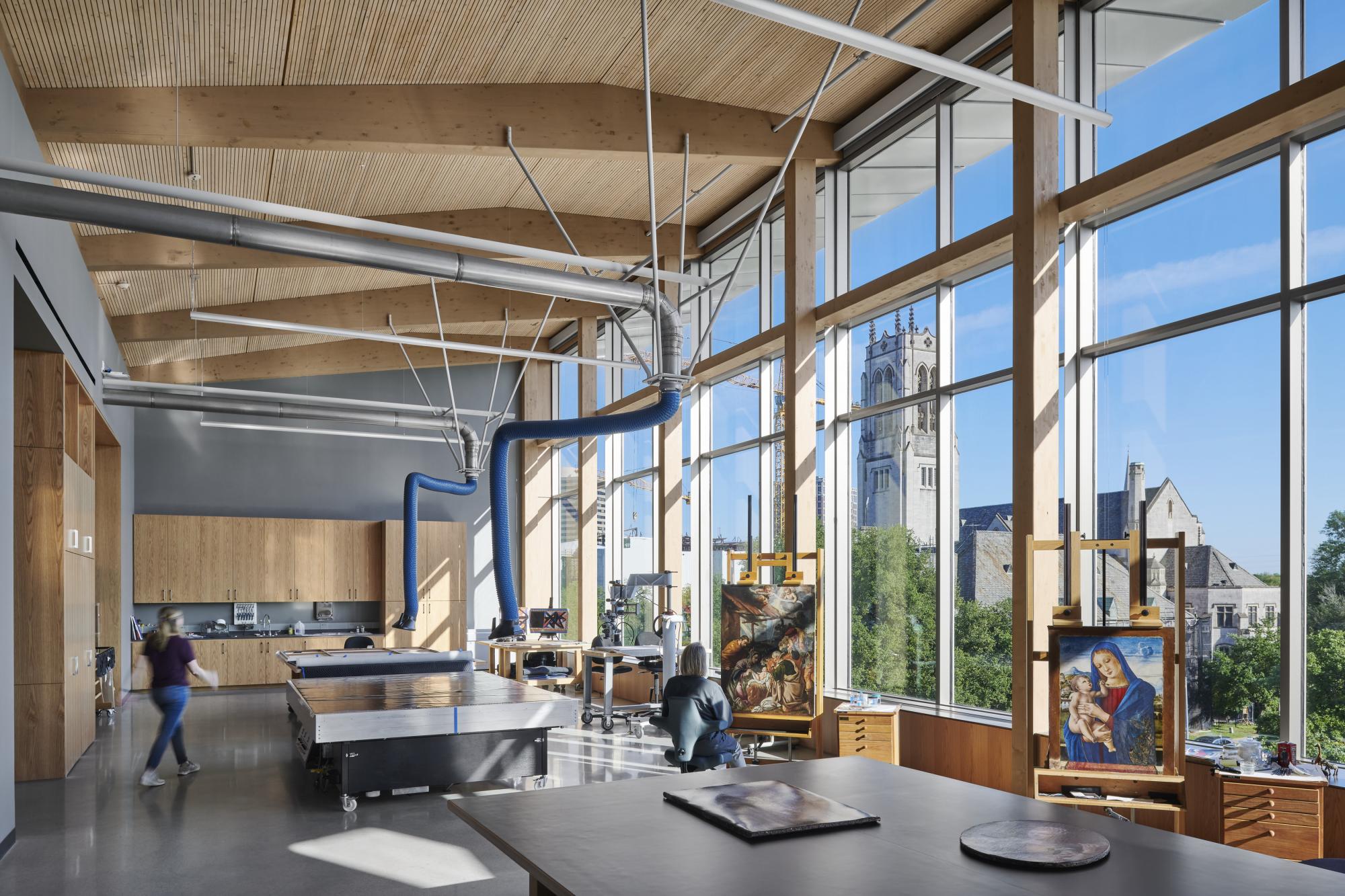 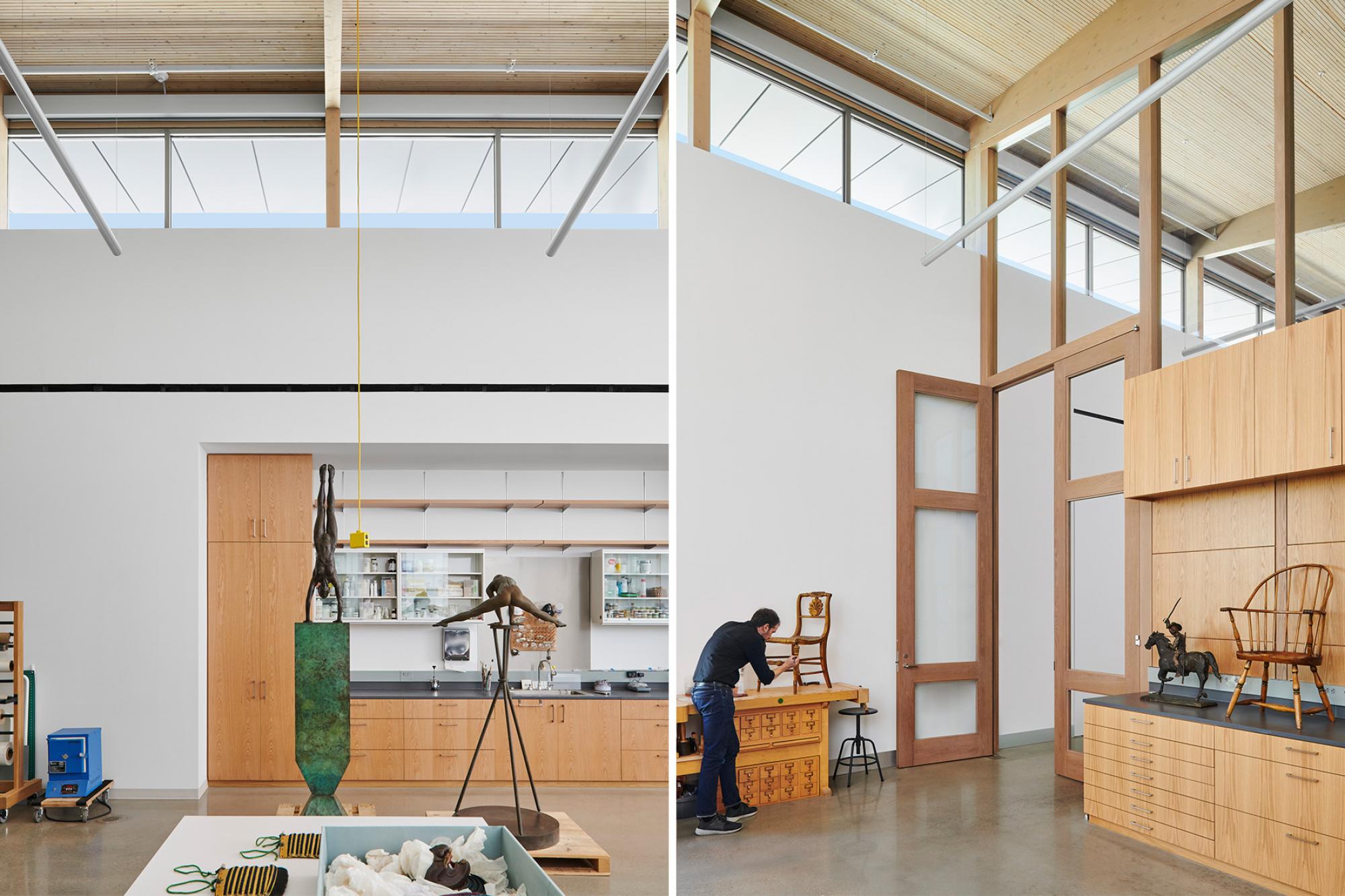 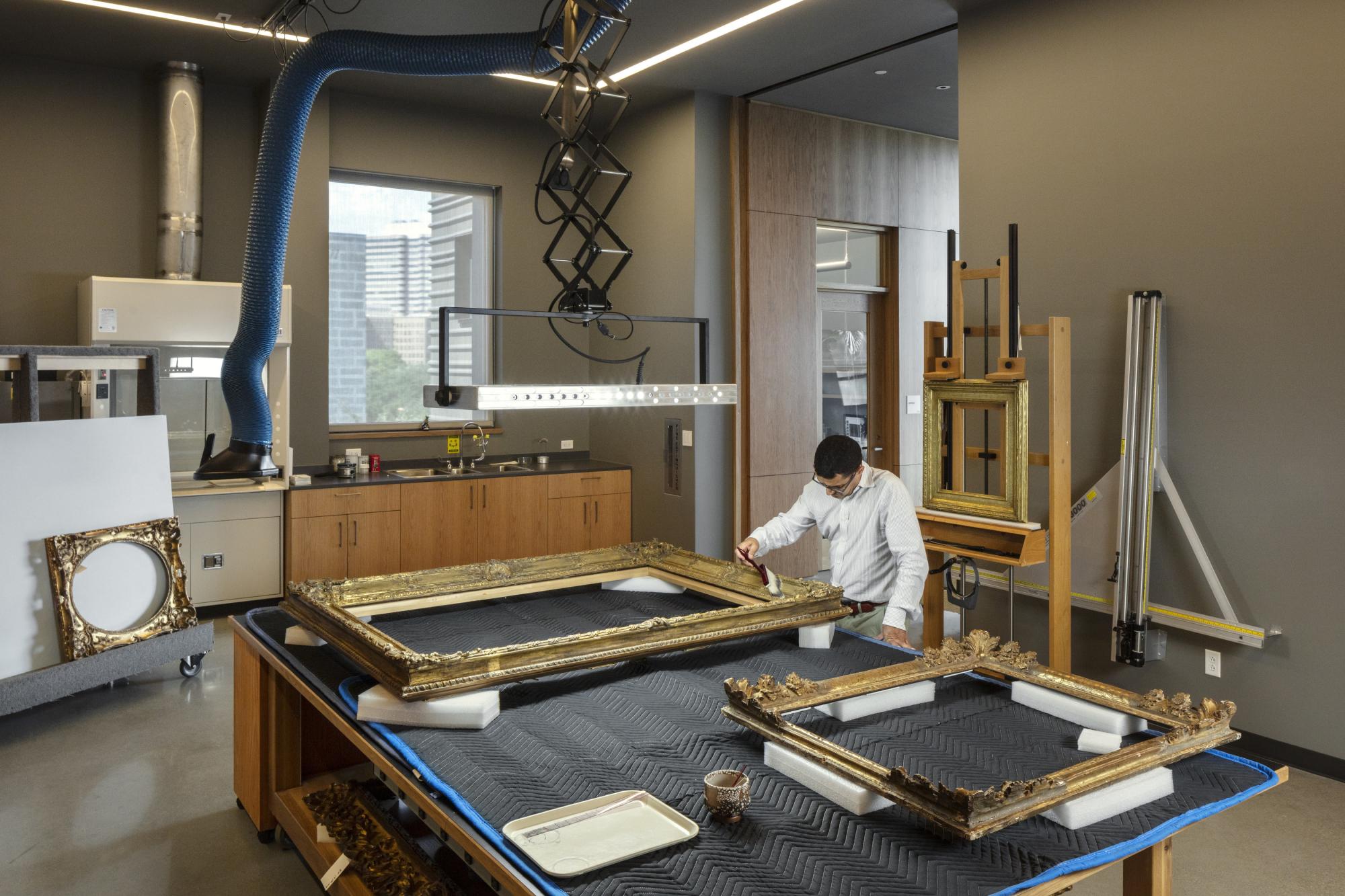 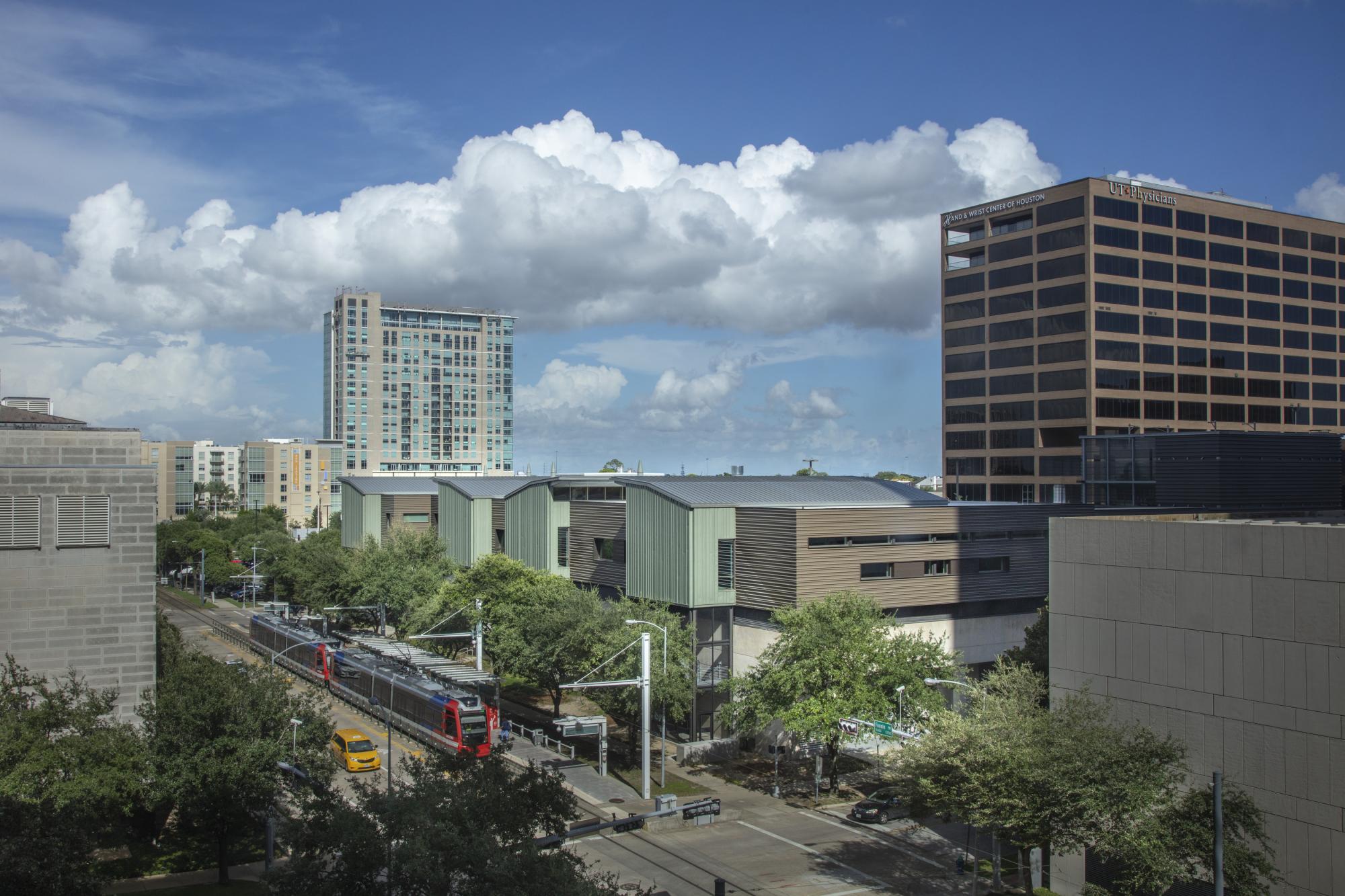 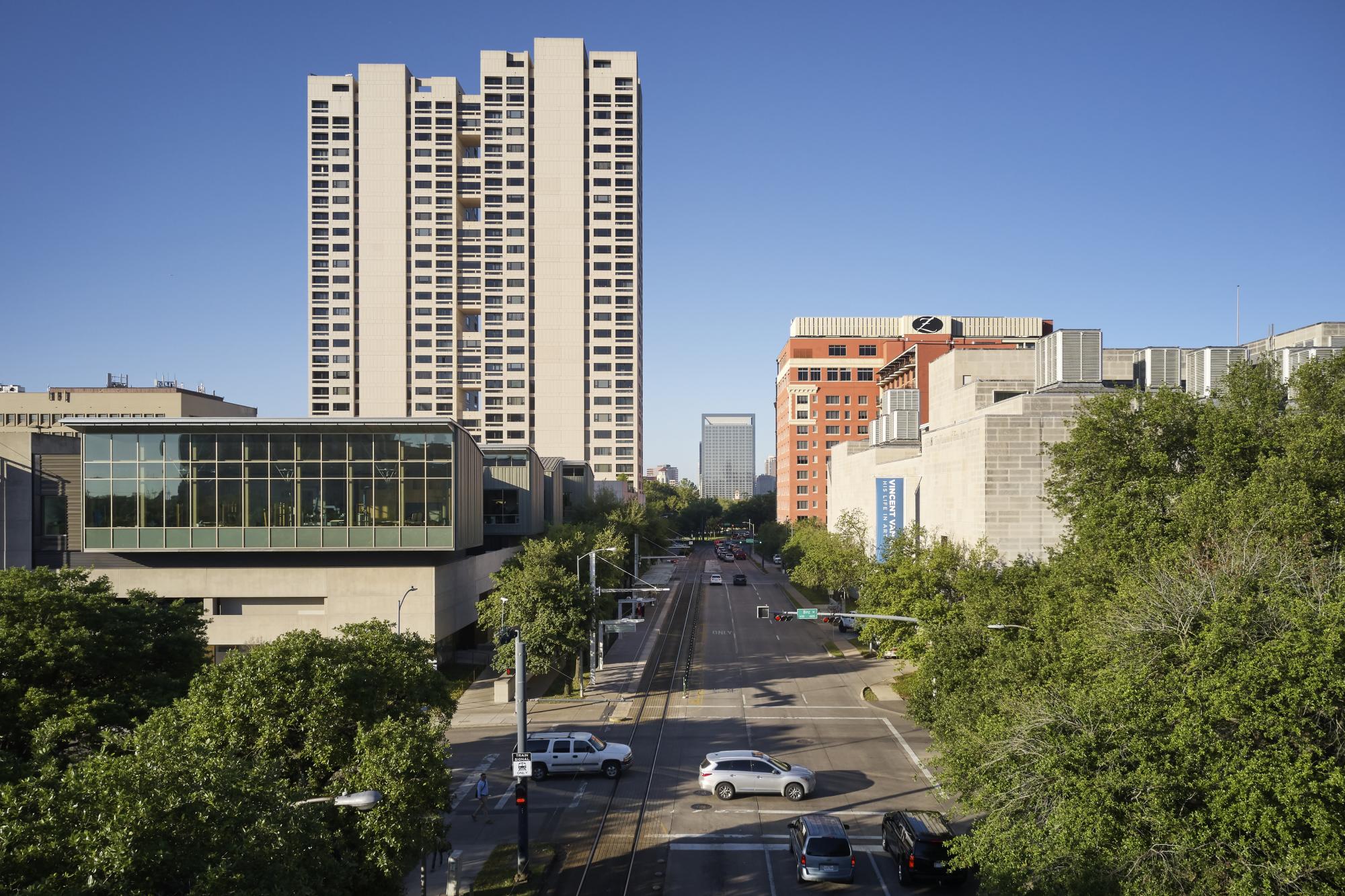 The Museum of Fine Arts, Houston's (MFAH) new Center for Conservation was designed to house the museum's dispersed conservation studios under one roof for the first time. It is composed of a series of light-filled studios, sat atop an existing museum building, that redefines the campus's eastern edge to create a pivotal portal into the campus and complement the museum's evolving architectural lineage.

Four studio bays are cantilevered from the building’s North and West façades to celebrate the buildings function and allow a glimpse of the work going on inside. Designed to optimize daylight while protecting the artwork inside, the studio bays are oriented East/West and topped with shaped roofs and clerestory windows to flood the studios with indirect natural light.

The building leverages an innovative structural strategy utilizing both mass timber and steel structure. It is the first installation of Dowell Laminated Timber (DLT) panels in North America, and was prefabricated, panelized and lifted into place, resulting in quicker on-site construction. The structure is left exposed as a finish material to lend the warmth and texture of wood and is whitewashed to reflect daylight into the building. 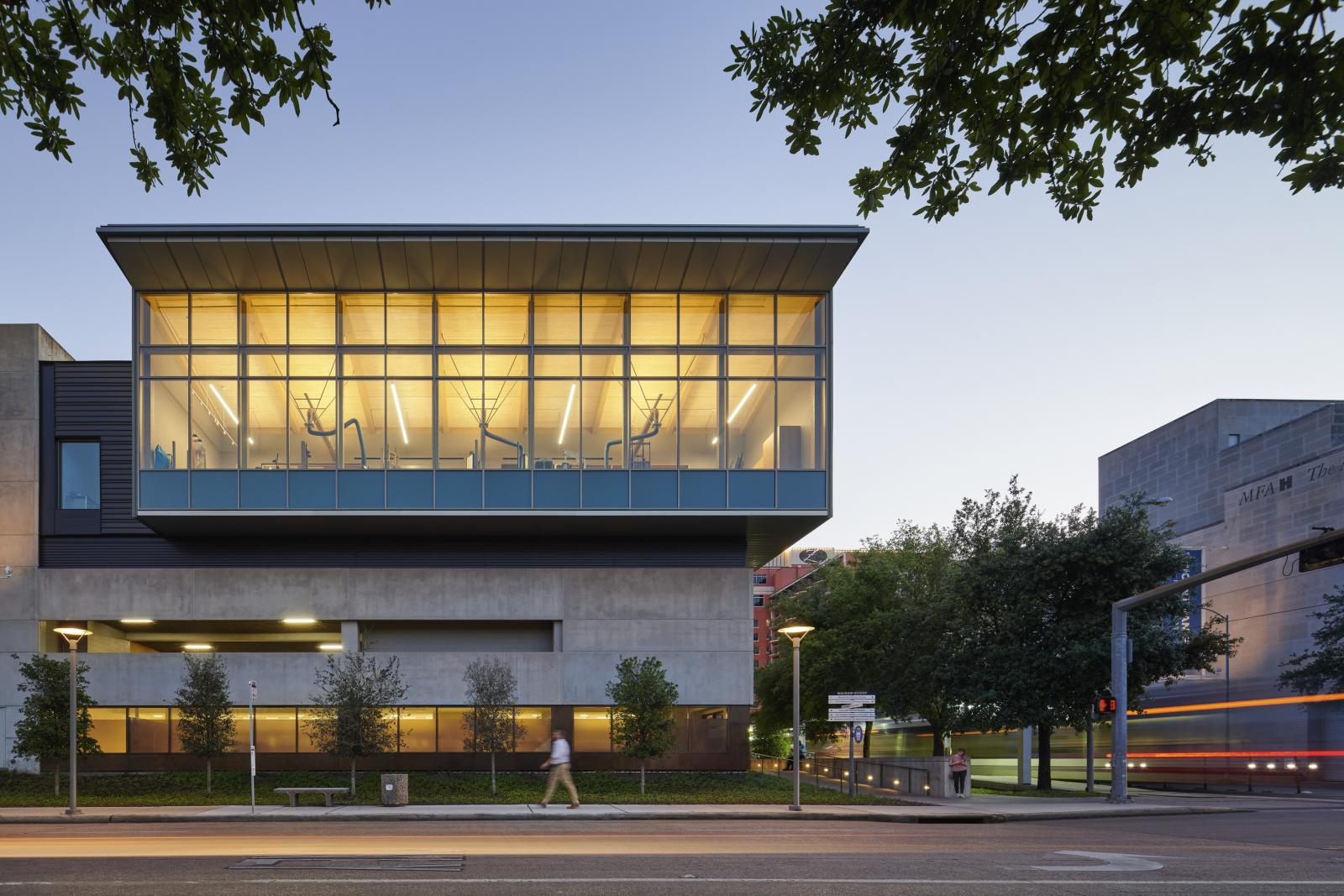 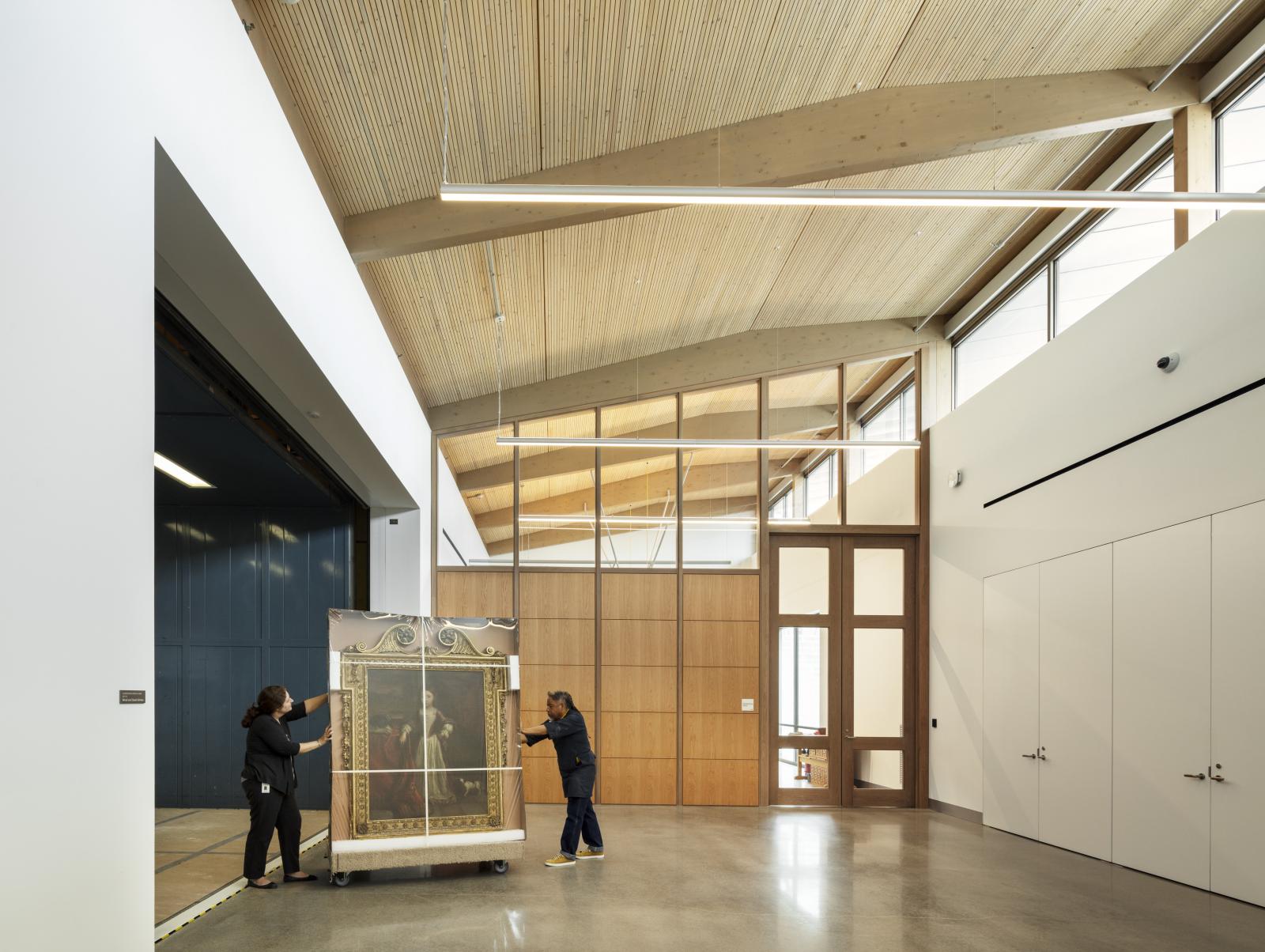 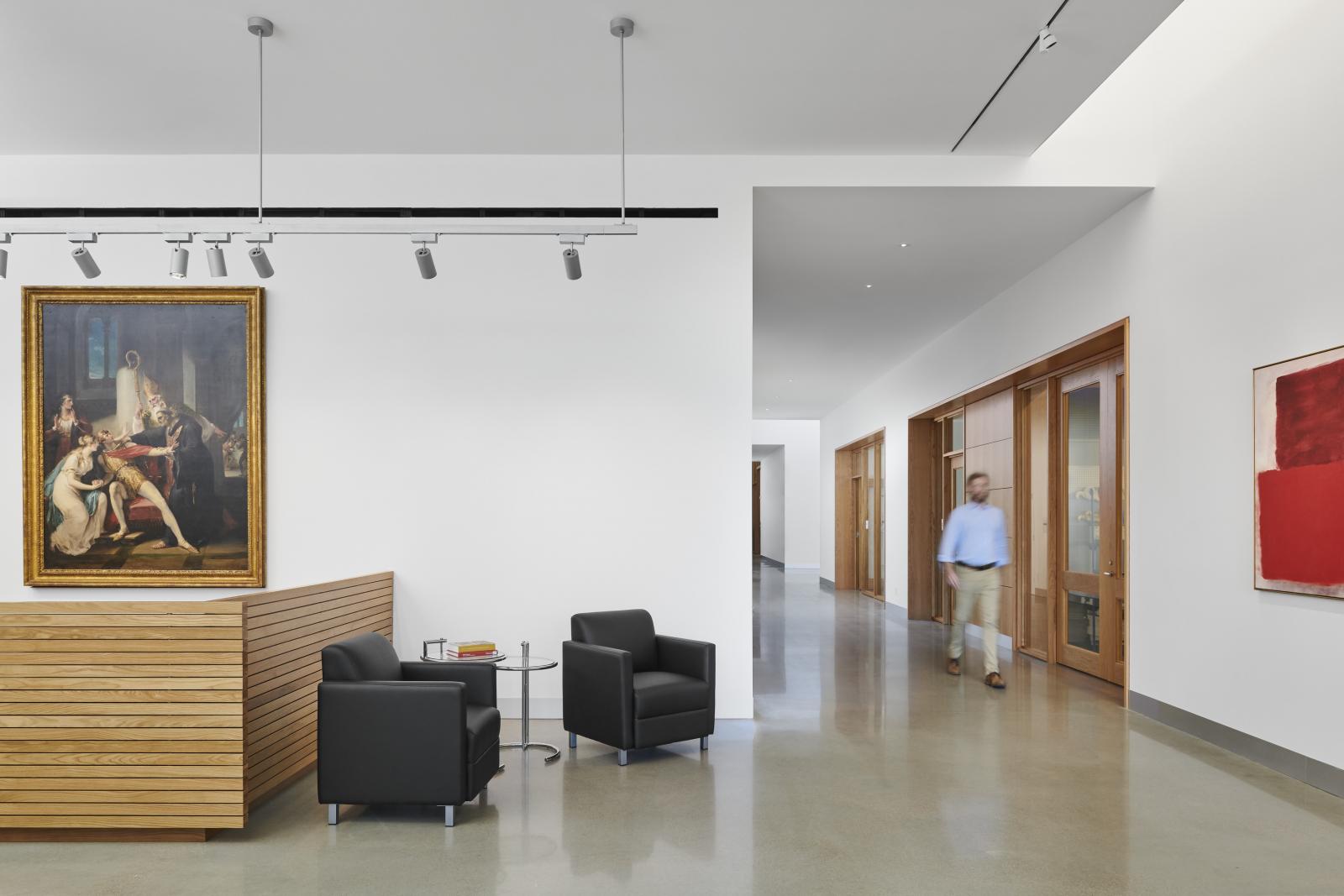 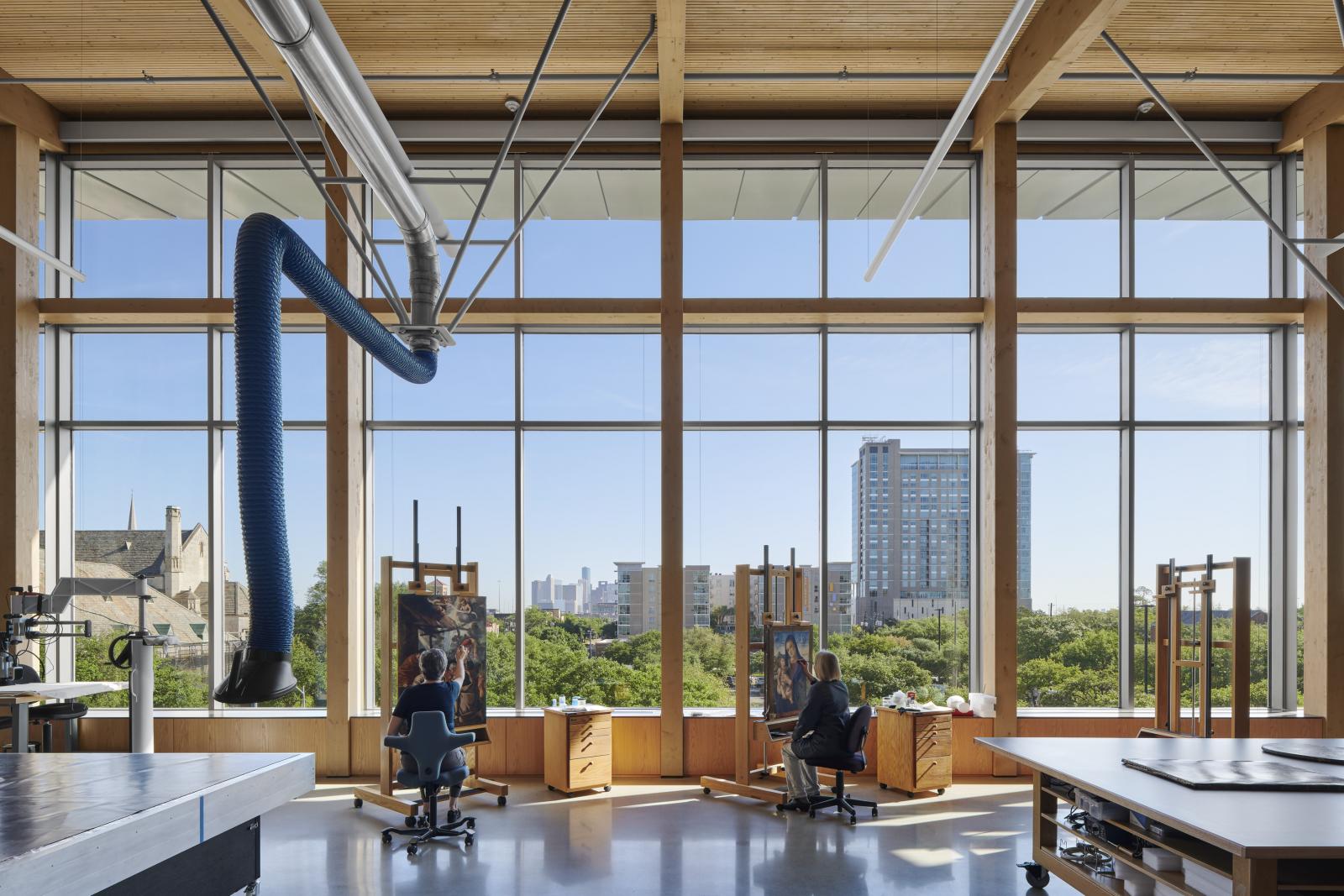 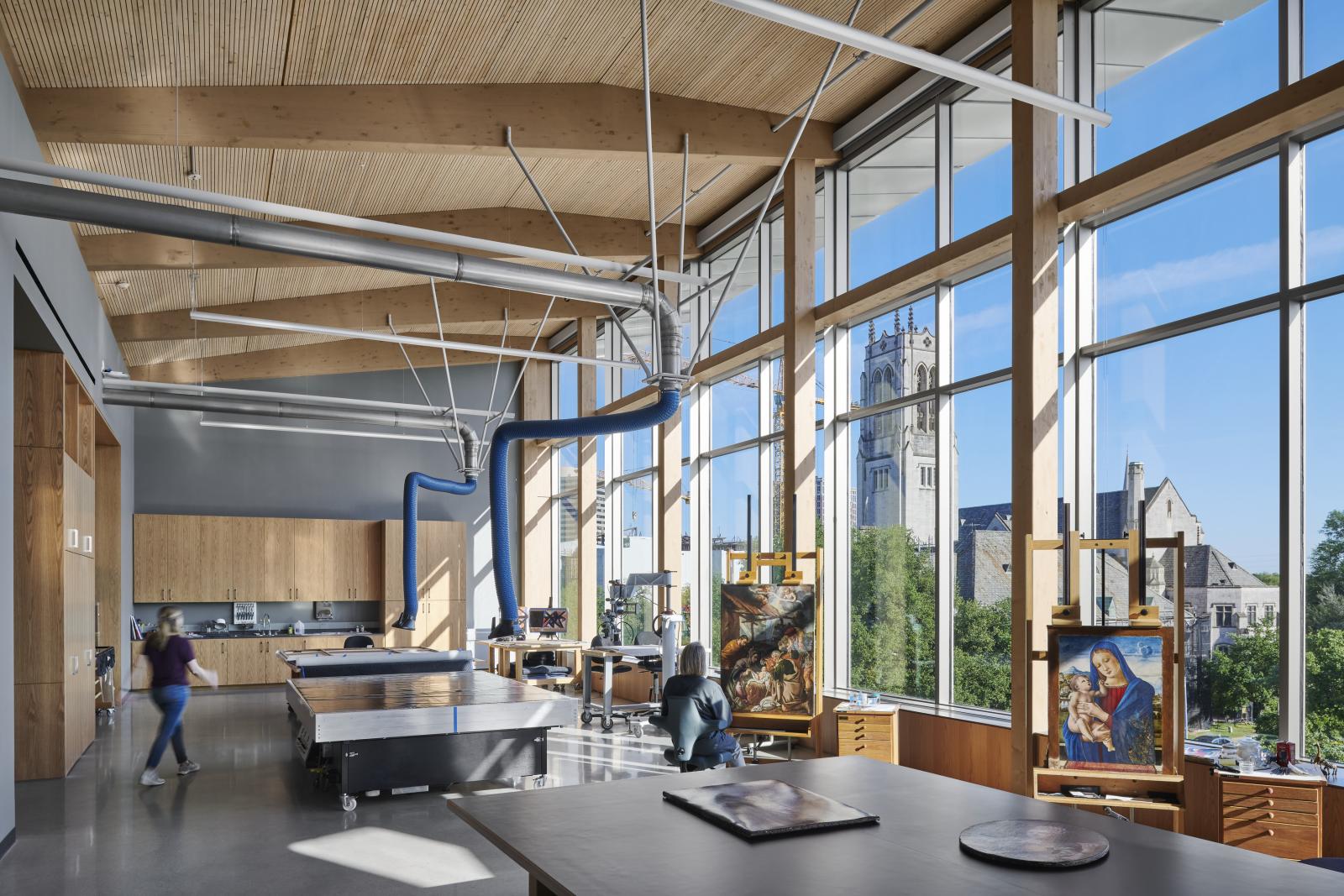 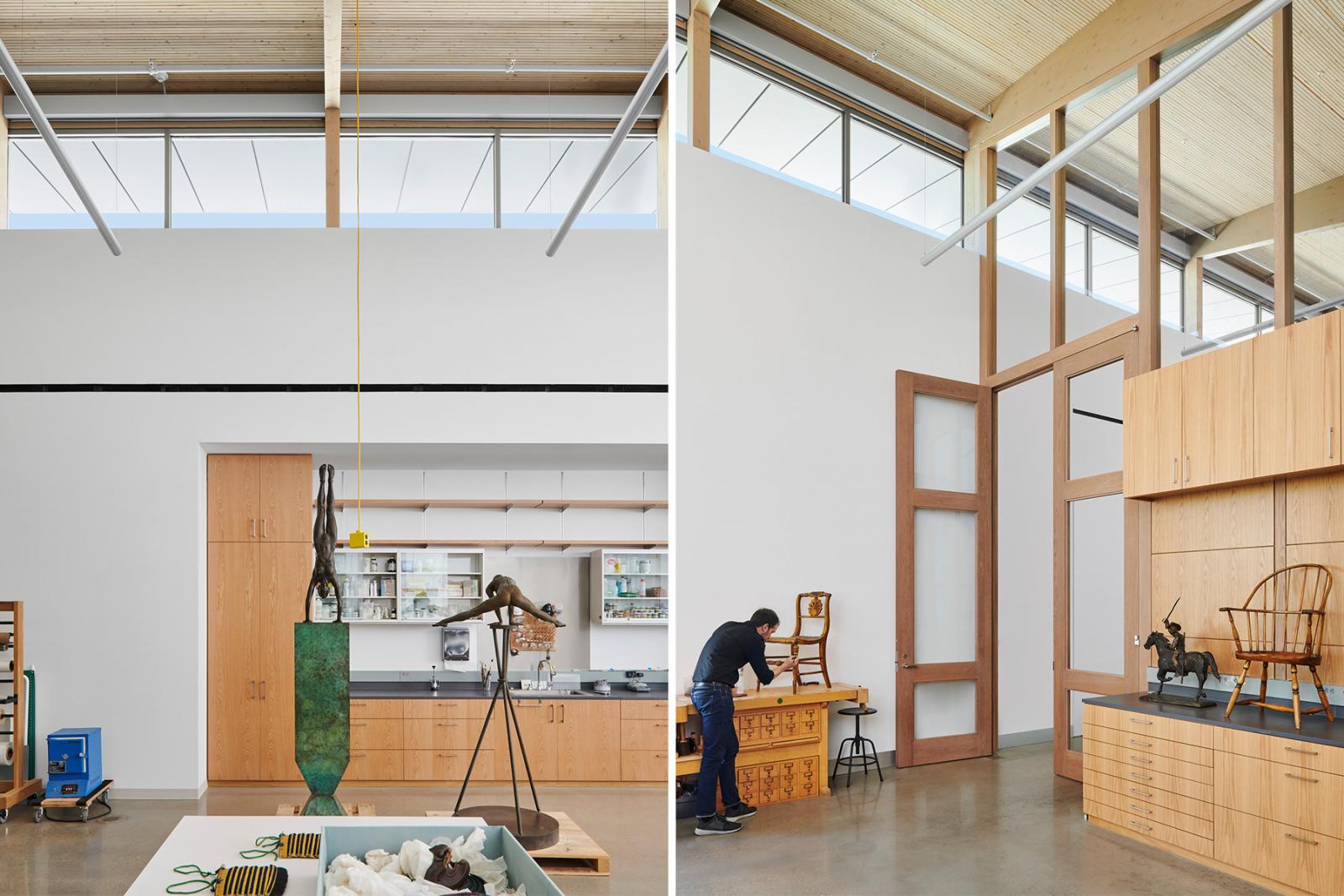 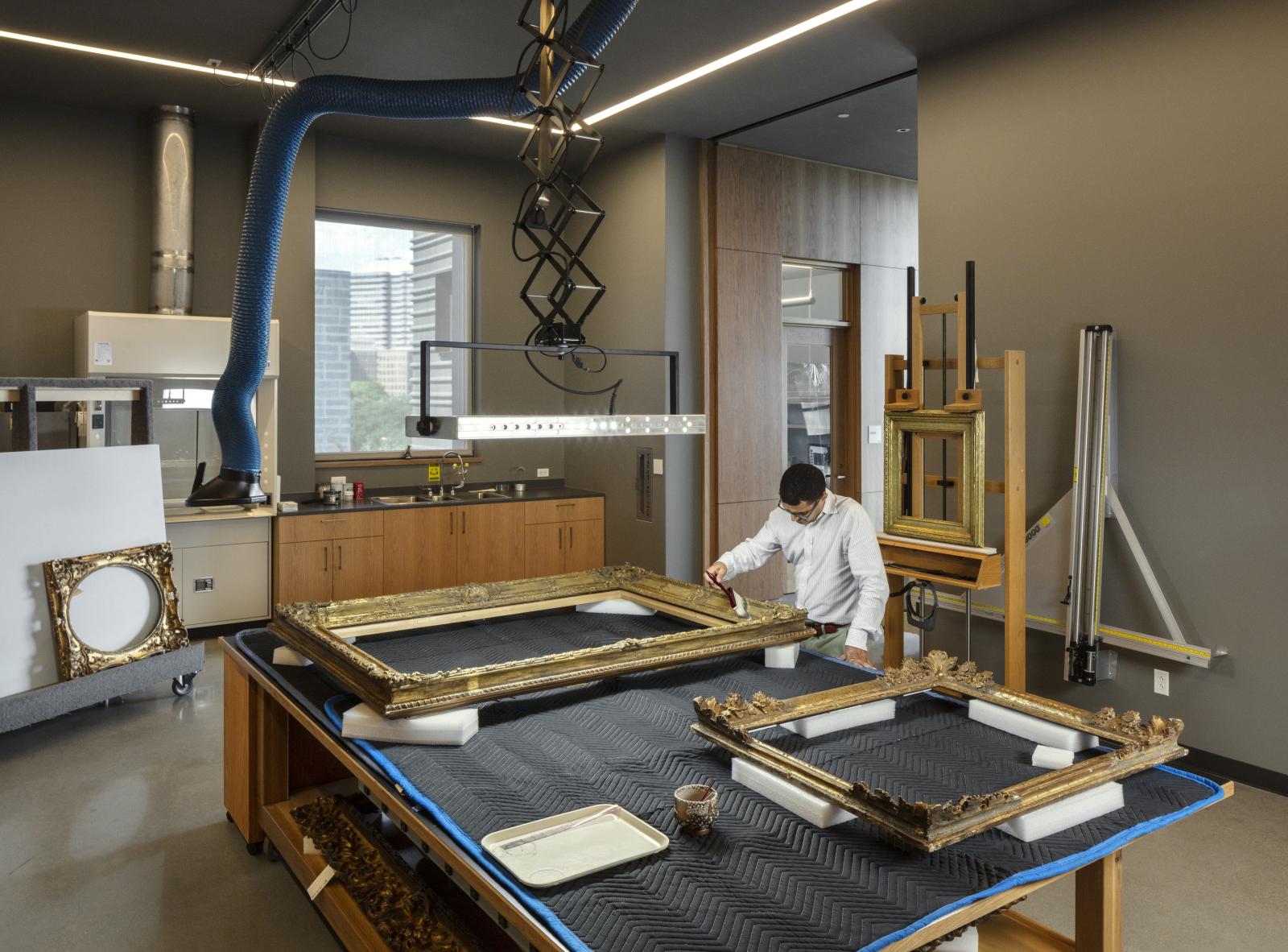 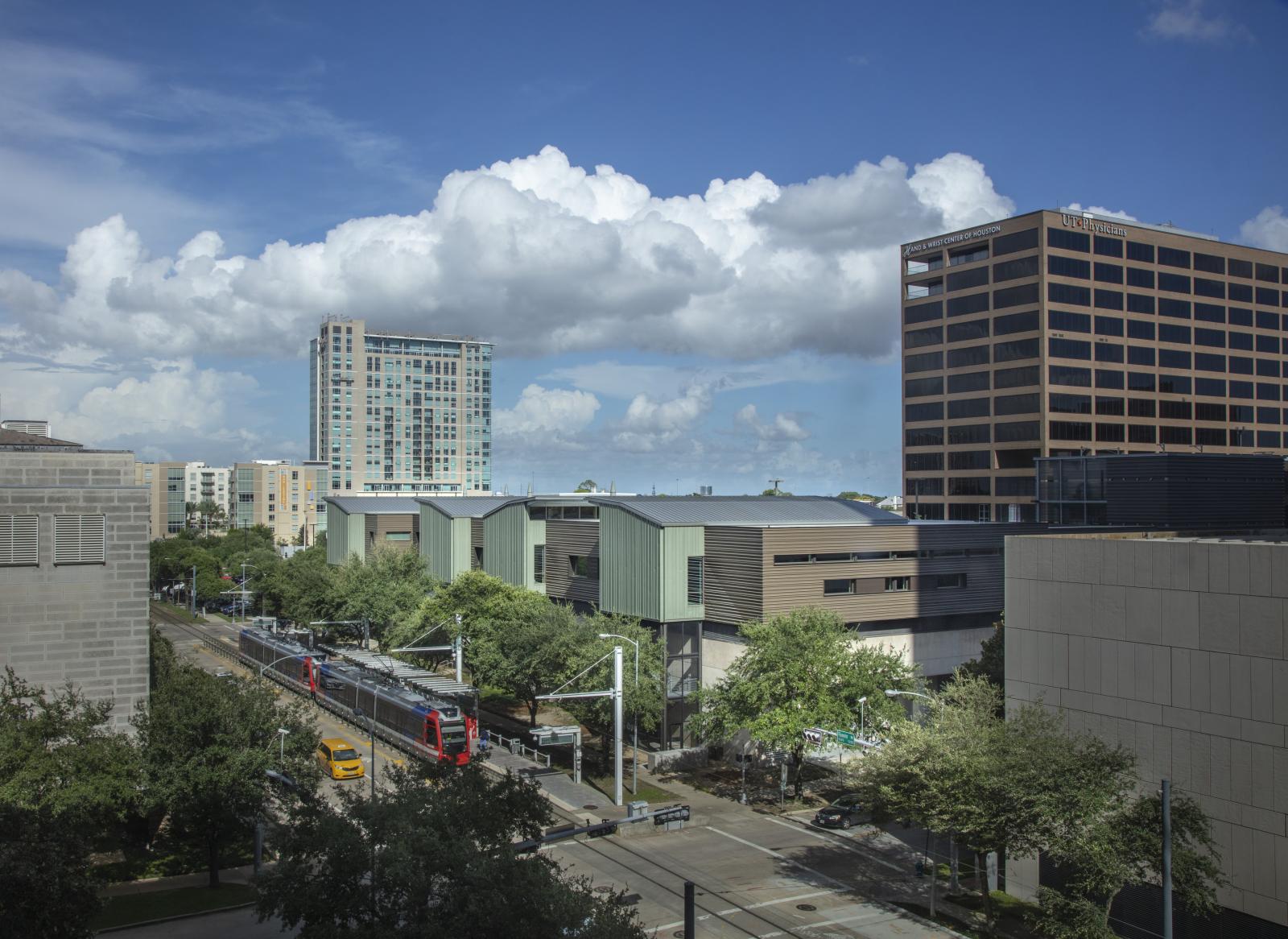 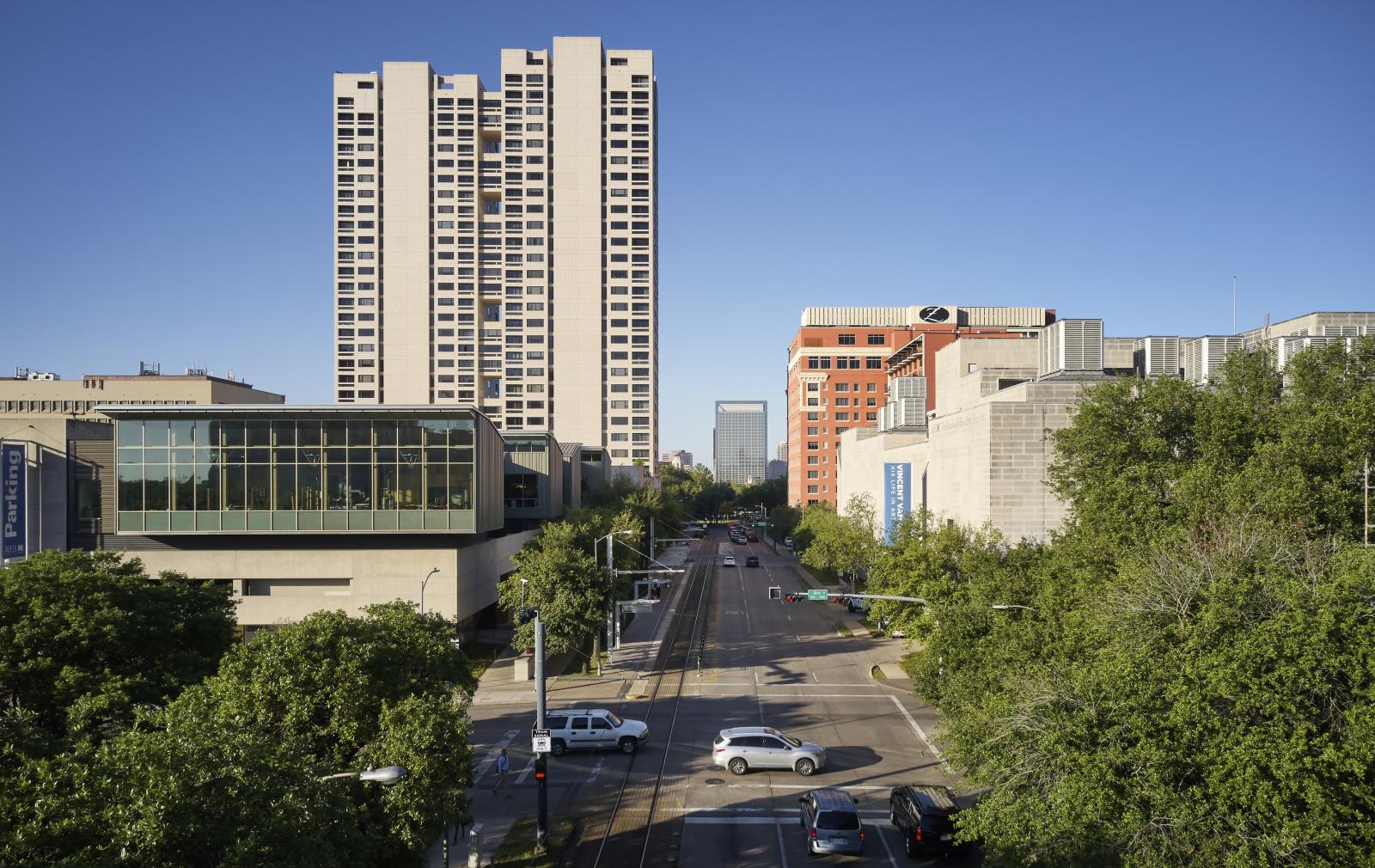 In collaboration with Samuel Anderson Architects